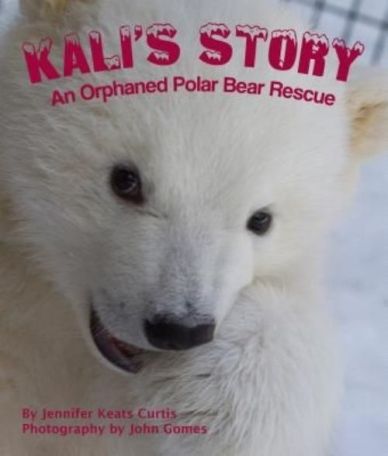 with photos from John Gomes, took the Children’s Choice Book Award, and it’s no surprise why! Baby polar bear…say no more.

Actually, there are quite a few wonderful polar bear books out there, but this one stands out as a true story of a cub who would have died without the intervention of a zoo. Named after the village near where the orphaned cub was found, this book chronicles the three-month-old’s journey to the Alaska Zoo where his is hand reared over the next three months until he is moved to the Buffalo Zoo where he would have a companion. The photos of Kali are simply adorable!

The back matter consists of information about the arctic, including the tilt of the sun and its effect on light and warmth. It also deals with adaptations of polar bears, and polar bear life cycles. There’s even a section of polar bear math.